Itxartu Taldea has come organizing or collaborating in sports activities from its foundation:

- Urban cross-country race. From 1986 the Urban Cross-country race develops for Algorta's streets, in that athletes take part in the categories of: cadets, young’s, juniors, promises, seniors and veterans.

- Organization combines with other associations or clubs of diverse sports activities in the court of the Batzoki of Algorta: basketball, five-a-side football (the Championship of five-a-side football Eneko Caballero is celebrated in our field from the year 2000) and Basque ball (from 2006 an interesting championship of Basque ball is celebrated inside San Ignacio 's holidays, in Algorta, and in collaboration with the Basque ball School of Getxo).

- On September 6 of 2008 there celebrated the Getxo's IIth Mile, in the square of Algorta's Station, organized by Itxartu Taldea and the Club of Getxo's athletics, and that is going to have continuity in the next years.

- From April to June, 2008 it was celebrated "I. World championship Interpeoples of five-a-side football Itxartu". And in 2009 the second edition has been celebrated. 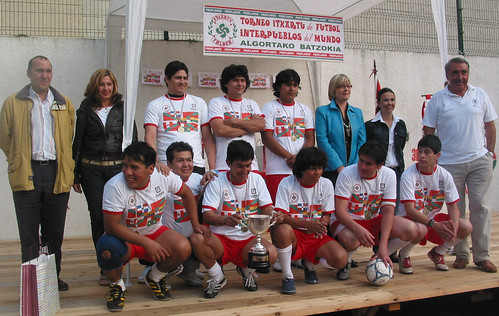